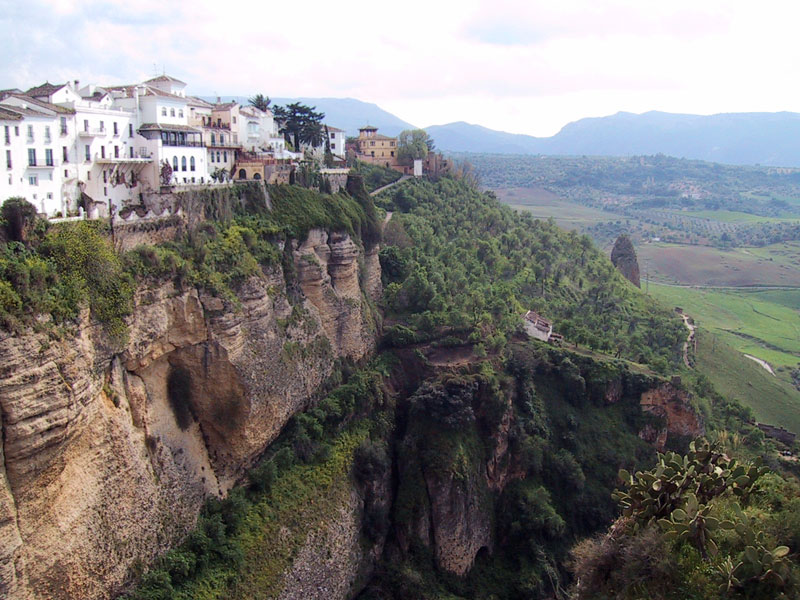 Everything in this route is designed not only to see the best in Andalusia, you will feel its spirit; enjoy cool bends with your bike and sunny weather during whole year. You´ll visit the famous white villages of Andalusia and their most beautiful cities: Sevilla where you´ll comtemplate its Golden Tower and La Giralda; Granada where you´ll enjoy the best flamenco performance and visit legendary Alhambra, we can admire the most magnificent port of Spain – Banús in Marbella which shines with latest models of the most expensive yachts and cars of the world. You will visit the best Spanish circle for motorcycle races – Circuit of Jerez, as well we will surely visit the best-known winery Tio Pepe where is made traditional Andalucian wine Manzanilla, and we will try local delicacies. Touring around Cadiz, Malaga, Ronda, infinite olive groves and many other things!

1st Day. Transfer and arrival to hotel 4-5 stars in Madrid, then presentation of documents and route planning. Welcome dinner.

Departure from Madrid. The first stop is Consuegra, one of the few Spanish villages where still remain windmills Don Quixote fought Then we pass through Despeñaperros gorge, and stop in the ancient and multicultural Cordoba. Here lived and left there trace Phoenicians, Romans, Arabs etc. We´ll do some sightseeing of the city. On the route there are 3 stops for pictures, snacks, lunch and Cordoba sightseeing.

Departure from Cordoba to Sierra Morena ridge. We´ll take a lunch in picturesque Cazalla. After we´ll overcome mountain of Sierra Morena, we will get to the legendary Sevilla, the city transmits a feeling of eternal holiday and summer, even during winter! Its inhabitants never hurry. The quantity of architectural monuments impress with variety, scope and luxury, each of them has a significant place in the history of the Spanish Kingdom. On the route there are 4 stops for pictures, snacks and lunch.

4th Day. This day is dedicated to visiting gorgeous Seville. You´ll visit La Torre del Oro (The Golden Tower), La Giralda – a XII century architecture unique monument, built as a mosque during the caliphate period and then transformed into the Catholic temple after Arabs’ exile, the Seville´s Cathedral – the biggest Catholic cathedral in Spain and the third in the world, famous square Plaza de España rolling in roses all the year round, the Main Indian archive, Royal Alcazar, Maria Luisa´s Park, and other picturesque places as Barrio Santa Cruz and Barrio Triana and much more! On the route there are 4 stops for pictures, snacks and lunch.

We´ll go to Cadiz, Spanish most ancient city, we will visit its famous beach of La Caleta. The following stop is Jeréz famous for its typical drink where we´ll visit its winery and try local tapas. Afterwards we will go to the best Spanish racing bike circle – El Circuito de Jeréz. We´ll certainly visit white villages like Arcos De La Frontera, pass on Sierra De Grazalema and we will stop in precious Ronda, the small town settled down the edge of mountains! On the route there are 4 stops for pictures, snacks and lunch.

6th Day. Route of 280 km. The day comes over in hotel of 4-5 stars in magnificent Marbella.

In the morning we will have a walk around Ronda, with its unforgettable views of gorges and breaks. Then we will visit Setenil De Las Bodegas, an unusual small village where local people managed to build their houses under the rock ‘s protection. Further we´ll enjoy dizzy descent to the coast of Malaga, to the most magnificent port of Spain – Banús showing off the latest models of the most expensive yachts and cars in the world. After having made a small excursion to Banús port,we are joining luxury Marbella. On the route there are 4 stops for pictures, snacks and lunch.

7th Day. Route of 220 km. The day comes over in hotel of 4-5 stars in magnificent Marbella.

Day will begin visiting los Gaitanes gorge where we will stop in this unique place. Further we will go to the area with tremendous canyons in Torcal De Antequera. Return to the coast to the fishing village Mijas and return to Marbella to enjoy lunch in one of the best restaurants of the city. On the route there are 4 stops for pictures, snacks and lunch.

We leave beautiful Marbella and take the route along the coast to Nerja a small touristic town with beautiful beach and rocks. We´ll visit Alpujarra, one of mountain villages in Sierra Nevada and where we´ll taste traditional local cuisine. After the lunch we will visit the reserve Cabo De Gata, to see its impressive rocks and the beach. The last stop of the day is San José. On the route there are 4 stops for pictures, snacks and lunch.

We leave San José, passing through Almeria; we will rise by the famous peaks Velefique and Calar Alto. Afterwards Sierra Nevada from and four thousands meters of Pico Veleta and Mulhacen that open a magnificent panorama of the Mediterranean Sea. During the second part of the day we´ll arrive to Granada, where we´ll enjoy flamenco performance and a traditional southern dinner. On the route there are 6 stops for pictures, snacks and lunch.

10th Day. This day, we´ll dedicate to discover Granada, and Alhambra known worldwide, and after lunch we will go on a survey platform of viewing-point San Nicolas and bohemian Barrio Albayzin. Day will finish with a dinner in one of the best city’s restaurants. On the route there are 4 stops for pictures, snacks and lunch.

Departure from Granada. The first stop is in Jaén, further our way to Consuegra where we will see traditional windmills, and further return to Madrid; a walk through the capital of Spanish Kingdom. On the route there are 3 stops for pictures, snacks and lunch.

The route comes over with a goodbye dinner and some souvenirs detail for participants!

12th Day. Breakfast in the hotel, organizational issues and transfer to the airport, or you might go on your own route.

Information on round and the services included in its cost:

Dinners: day of arrival, dinner about the show flamenco and a farewell dinner, doesn’t include drinks.

Visit of the Mosque of Cordoba.

The show flamenco and dinner in the most bohemian region of Albaycín (Granada).