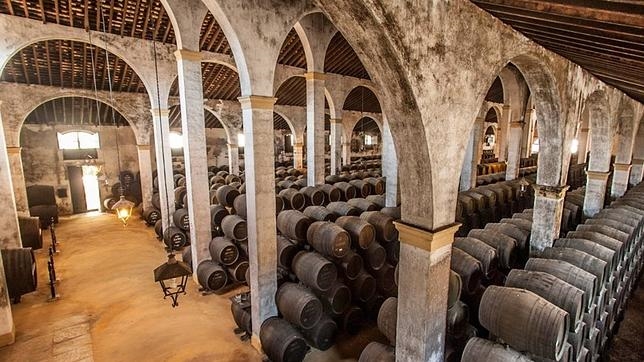 Winter holidays group tour in Cantabria and the Basque Country

We would like to invite our guests to visit on of the most beautiful regions of Spain and all Europe—Cantabria and the Basque Country during the winter holidays.  You will see the unique carnival La Vijanera, coming from the early pagan tradition and take part in the authentic Spanish Catholic holiday of  Los Tres Reyes Magos (The Three Kings from the East) celebration.

We would like to mention that the average temperature in the region during the winter time is +12/+15 C0 which means 54-59 F0.

The program of the tour for the fixed dates:

Arrival to the airport of Bilbao/Santander, transfer to the city of Santander, hotel accommodation.

Orientation with the guide. Free time for the afternoon promenade, or ‘la marcha’, as it is said in Spanish, along the beautiful streets and boulevards of the old city, full of bars and authentic restaurants.

Today is our frits day of the true cultural immersion. We are going to watch and take part in the authentic carnival of La Vijanera in the town of Silio, the last one keeping the ancient pagan tradition of giving farewell to the old year and welcoming the new one.

The carnival consists of the numerous different ceremonies and rites, among which is the driving out of the village the evil spirits, traditional dances, the jolly procession of the tipteerers, followed by the local gourmet food and wine degustation.

Following the carnival in Silio, we will be visiting the beautiful town of Barcena Mayor, where even the everyday life seems to freeze in the Middle Ages.

Following the breakfast at the hotel, we will head to the lovely town of Comillas, which looks like a jewelry-box itself, considering the compact size and the rich number of the architectural chef-d’oeuvres located there.  The only fact that it presents the most vast display of the Catalan architecture masterpieces outside Catalonia, makes the town the spot of the cultural importance of Spain.

After Comillas we head to no less beautiful Santillana del Mar, which looks today exactly the same way as it used to 400 years ago.  We will visit the Collegiate Church of Santa Juliana Illana, stroll the streets, populated by the traditional taverns, souvenir shops and local food benches, and, then, head, to the Cave-Museum of Altamira.

Lunch at the traditional Cantabrian restaurant upon your wish (not included in the basic cost).

Santander city-tour in the afternoon, Get to know the most mundane resort city of Spain.  Santander is a city-aristocrat itself, and was chosen as the summer residence by the European royal families long ago. Visit to the Palacio La Magdalena, summer residence of the Spanish royals.

Free time in the evening.

Breakfast at the hotel.

Today we head to a unique natural park Cabarceno, located on the territory of 50 hectar, allowing the animals from all the continents and parts of the world to live in the close-to-natural habitat. We will take a superb photo-safari through the hidden paths of the park, as well, as the main route.

On January 05 in the Catholic tradition keeps the Three Kings of the East day. In the hispanic world it’s celebrated widely and is beloved by the children, as they receive the majority of the gifts on this day.  This afternoon you could enjoy another carnival procession with fireworks and different festivities on the streets of Santander.

Today we leave Santander and head to the city of Bilbao, the most big and ultra-modern city of the Basque Country.

On the way to Bilbao we stop in Castro-Urdiales, unique fisherman settlement, preserving it’s port and the castle since roman era. The town is situated on the very boarder of the provinces of Cantabria and Bizkaia, mixing the authenticity of the two cultures in its lifestyle. We will see the gothic cathedral dated XIII century, the medieval castle of Santa Ana, facing the outrages ocean, and the archeological site of the roman artifacts excavation.

We could have lunch at the fish restaurant famous for its unique style and the quality of the fish and seafood, being delivered to the restaurant kitchen right from the fisherman boat.

Then, we head to Getxo, the beautiful suburb of Bilbao known for its “Flying bridge”(or Hanging bridge)—the unique engineer construction of Alberto Palacio (the pupil of Gustav Eiffel), where its gondola-like construction can transport six cars and several dozen passengers in one and a half minute to the other bank of the Nervion river.  The bridge is 45 m high and 164 m long, and is operating since the end of the XIX-th century up to nowadays.

Transfer to Bilbao. Free time for the meal if not taken in Castro-Urdilaes

Breakfast at the hotel. Today we take a tour to the famous wine region of Rioja Alavesa. We will visit the town of Laguardia, take a walk along the ancient streets, see the Gothic cathedral of Santa Maria de los Reyes and the city clock with the dancing figures.  Then, we take a tour to one of the avant-gardist in all the senses winery Marques de Riscal and the Wine Museum, followed by the wine tasting.

We will have a picnic-lunch with the Rioja wine and the local gourmet food, as a courtesy from the receiving party.

Free day in order to get acquinted to Bilbao at your own pace, visit the museums of Guggenheim and the Fine arts Museum with its collection of El Greco, Goya, Vermejo, Murillo etc.8 января. Or else, you could take our must-do/must-see list of Bilbao and leran about the hidden corners full of local color.

End of the tour. Transfer to the airport.

Not included into the basic cost: