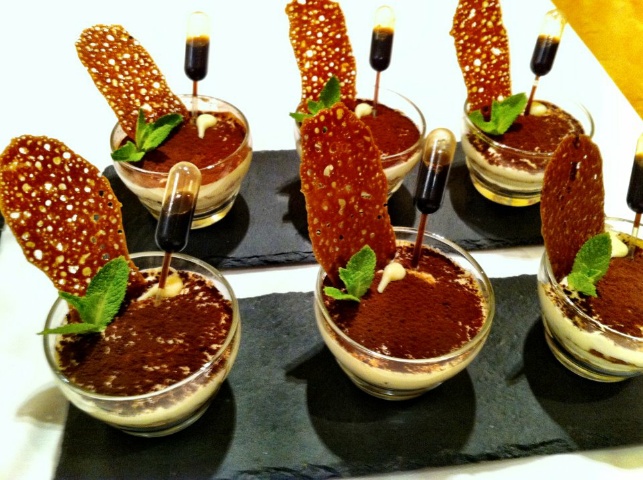 We are going to explore all the 3 Basque provinces of Spain, visit Navarre and the French Aquitaine region. Following our guide, a true lover and enthusiast of his/her profession, we will learn about the history of the Basque land and people: one of Europe’s most mysterious tribes since early times. We will taste traditional and modern food, dance and sing with the locals, make cheese, drink wine and cider and stroll along the beautiful Atlantic coast.

The first day of our adventure is called after the Basque Goddess of Sun, Eguzki, a symbol of beginnings.

Arrival to BIO airport (Bilbao), meeting with the guide, transfer to the villa located in the vicinity of San Sebastian.

After some personal time for rest, we are going to arrive to San Sebastian. We are going to get to the panoramic viewpoint over Mount Igueldo and then we are going to descend for a sightseeing tour on foot around the historical quarters of San Sebastian.  You are going to see the Old Town’s narrow streets filled with pintxo bars and traditional shops, the beauty of the old churches of San Vicente (XVI century) and Saint Mary (Andramari), the walls of  San Telmo’s monastery —now hosting an Art museum— the Mount Urgull with its statue of Christ on top, the old casino, Alameda boulevards, La Concha promenade, the Cathedral of the Good Shepherd, as well as the beautiful buildings of Victoria Eugenia Theatre and Maria Cristina luxury hotel, both framing the Urumea river embankment and thus forming the portrait of nowadays San Sebastian.

After the excursion, you are going to stop at one of the pintxo bars of the old town and take part in the traditional lunch procedure of pintxo tasting. Pintxos are bite-sized dishes, made of everything the Basque land can offer. Try it with a glass of Txakoli white wine and start feeling like a local.

The day begins with a hearty breakfast at the villa. Today we are going to learn more about the origins of the Basque people and their history.  First we are going to visit Guernica, the town that symbolizes the Basque independence. Pablo Picasso painted his homonymous canvas after the tragedy of the bombing of Guernica in 1937. Then we are going to explore the Atlantic coast of the Urdaibai protected biospheric zone. We are going to approach the Chapel of San Juan Gaztelugatxe, built on an island about ten centuries ago and connected to the coast by a natural stone bridge of 241 steps. The chapel is located near the coastal town of Bakio and from the mainland it looks like a dragon fallen asleep in the shallow waters of the Biscay Bay.  Several episodes of the 7th season of the Game of Thrones were filmed there and at the Itzurun beach nearby.

After that we are going to head to Guetaria: the old coastal fishing settlement and hometown of the renowned fashion designer of the early XX century Cristobal Balenciaga’s and Juan Sebastian Elcano, member of Magellan’s expedition.

For lunch we are going to make a stop at a traditional sidrería: a place where apple cider is made and where the doors are always open to feed friends and good people.  Lunch is served to a group of people seated at a wooden table as in good old times. You may share bread and wine with your neighbor and then get to more serious stuff like a real Basque bone steak, called Chuletón, among many others.

After lunch, we are going to visit Pasaia, a town known for ages for its boat makers and whale hunters. The French novelist Victor Hugo spent a summer there and called the town one of the most romantic spots on the Atlantic coast.

We return to the villa and have dinner together while talking, sharing our experiences and having fun.

In Basque mythology, Urtzi is a governor of the sky and the owner of all the living things.

This morning we are going to climb an emerald Bizkaian hill covered with grapevines and then descend to Bilbao, the most cosmopolitan (yet traditional) European city of the north of Spain.

After breakfast we are going to head to a Txakoli winery located in the Basque province of Bizkaia.  Txakoli is a dry white wine, made of local grape varieties and protected by the Denominación de Origen council. The aroma is full of salty sea breeze, white flowers and mineral notes, while the taste of txakoli is an abundance of fruit and citrus.  You are going to taste the wine on a terrace overlooking the green hills of Bizkaia.

We continue our trip and arrive to Bilbao. The excursion starts at the church of San Antón Abad—the exact point where the city was born 700 years ago.  You are going to stroll around the so-called quarters of Zaspikallea or “7 streets”, the old area that was there from the very beginning, get to the Cathedral, see the churches of Santos Juanes and San Nicolás, see the arcade square of Plaza Nueva: the place where social life of Bilbao natives take place. Then we are going to walk across the Arenal bridge, enjoying the view over the Nervión river, garnished by Art Nouveau architecture on the both sides of it. By crossing the bridge, we are going to enter the Ensanches quarters, built in the XIXth-early XXth centuries and boasting with its wide avenues, beautiful buildings, parks and alleys.  Strolling to the right, we will approach the Guggenheim Museum of modern art forming the unique ensemble with La Salve bridge. The Guggenheim Museum has become a #1 emblem of Bilbao and the Basque Country. This building, work of the renowned architect Frank Gehry, reminds us of an extraterrestrial ship or of a giant fish at the bank of the Nervion river.

Free time, or a visit to the Guggenheim Museum with a guide.  On the way back we´ll make a stop at the Bizkaia Bridge—known as the flying bridge for its metal gondola transporting people and cars from one bank to another.

Today is the day of Mammaro, housekeeper, protector and advisor according to the Basque mythology.

Today we are going to Navarre, a former independent kingdom and homeland of the Vascon tribes.  Our first stop on the route will be the Castle of Olite: the XIVth century castle-palace built by Juan III the Noble, king of Navarre, for his wife the queen Leonor of Trastamara.

This is one of the biggest castles remaining in Europe of that époque. It was built as a palace residence of the King and his court.   The style could be referred as eclectic medieval with elements of gothic and mudéjar.

Following the visit to Olite and the lunchtime, we are going to head to Pamplona, former capital of early medieval Pamplona kingdom and later of the Kingdom of Navarre.  We are going to enter the old quarters of Pamplona from the Alley of Hemingway, located near the Arena de Toros—the Corrida Ring.  Following the Estafeta street, we are going to enter the Plaza del Castillo, see the Hotel la Perla and the Iruña café, both keeping the memory of Hemingway’s time spent in Pamplona and described in “The Sun Also Rises” novel.  Another jewel of the city is the Cathedral of Santa Maria la Real.  The interior sculptural composition includes a gothic cloister and the sepulcher of Charles III the Noble king of Navarre and his spouse queen Leonor.

After the cathedral we are going to follow the narrow pebbled street and in a minute we are going to find ourselves on top of a bastion overlooking the green hills of Lower Navarre.  You are going to see the panorama of the new quarters of Pamplona from a height of an old citadel wall.

On our way back to the villa, we are going to make a stop at the cheese-making farm and you are going to meet the owner and taste the true Navarrese cheese.

Return to the villa.  Time for rest, communal dinner.

This day is dedicated to the Basque mythological creature Mari—Mother-Earth, mother of all.

Breakfast at the villa.  Today we are going to the winemaking region of Rioja Alavesa and the old winemakers’ town of Laguardia, where you are going to see all the Rioja landscape, its vineyards and fancy wineries from a terrace of its historic quarter.  We are going to make a tour around Laguardia and continue our journey to one of the most interesting and renowned wineries of the region.   At the end of the visit we are going to have the chance to taste different types of wine followed by a hearty Basque lunch in warm company.

After lunch, we continue our trip in Vitoria-Gasteiz, the capital of the Spanish Basque Country, an old city built around the Gasteiz fortress.  You are going to have a tour around the Casco Viejo, the Old City spread over an upper and a lower level, see the old palaces and the two cathedrals: the peculiarity of the city.

Mairu are the old mythological giants who can move huge stones and build megaliths.  Mairu live in the mountains and rule there.

Today we are going to the French Gascony region spread between the Basque coast of the Biscay Bay and the Pyrenean Mountains.  We are going to visit the caves of Sare where, it is believed, predecessors of the Basque people lived during the Ice Age.  Then we continue to the picturesque village of Espelette, known for its red peppers, widely used in the Basque cuisine and as decoration of the foresides of the traditional houses and villas in the village. You will have the chance to visit farmers’ shops, taste fois-gras, local patés, sausages, and different varieties of cheese locally produced in the valley.

Then we go down to Biarritz: “The queen of the beaches and a beach for the kings” that deeply fascinated Victor Hugo.  You are going to learn about the love story of Napoleon III and the Spanish aristocratic lady Eugenia Montijo, see the Hotel du Palais, a former emperor’s palace, the Art Deco Casino, two churches and the Rock of the Virgin Mary: a small islet connected with the coast by a small bridge constructed by Gustav Eiffel.

Free time to take a stroll along the promenade, shopping or coffee.

Basajaun is a forest spirit. This mythological creature is a woodman covered with hair. Basajaun is the ruler of the woods and protector of the sheep herd from the wolves.

After breakfast, we are going to take a nice walk to a real Basque farm—around the traditional house called caserío.  You will see how the farm lives day by day and then take part in cheese-making process.  The cheese produced here, is called Idiazabal and it s protected by the Denominacion de Origen certification council.

After the farm visit, you will have the chance to return to San Sebastian and continue exploring the city on your own.

Upon return, you will have a Shepherd’s dinner waiting for you.

Elazki is the Basque goddess of Moon which appears in the sky when the day ends and the Sun leaves the sky.

Farewell communal breakfast. Free time and transfer to the airport. End of the tour.

Visits and degustations included into the program:

Expenses, not included into the price:

-expenses for lunch apart from the 2 included in the program,